Stay closer to your barkada this Christmas with new BlackBerry offers

Research In Motion (RIM) is rolling out the “Action Starts Here” campaign in the Philippines, inspiring Filipino consumers to take action and connect deeper with their loved ones using BlackBerry smartphones, especially with the upcoming Christmas season.

“BlackBerry is for those who want more than just a smartphone.  It’s for people of action who value getting things done while being able to connect deeper with the people who matter most,” said Cameron Vernest, Director for the Philippines at RIM.  “This makes BlackBerry perfect for Filipinos, who are among the most hyper-connected people in the world.  It is the smartphone that strengthens their connections not just with their families, but just as importantly, with their barkadas.”
END_OF_DOCUMENT_TOKEN_TO_BE_REPLACED

Posted by prnews on November 6, 2012 in Blackberry, RIM (Blackberry), Technology

BlackBerry JamHack is scheduled to take place in ten different cities across APAC over two consecutive weekends. Winning teams from each city will then have the opportunity to represent their country at the JamHack finals that will take place at BlackBerry Jam Asia on 29th-30th November 2012.
END_OF_DOCUMENT_TOKEN_TO_BE_REPLACED

Posted by prnews on October 5, 2012 in Blackberry, RIM (Blackberry), Technology

Launched in May, the Curve 9220 and Curve 9320 models are the latest and most affordable BlackBerry® 7 smartphones in the market today. The devices have quickly gained popularity among customers who desire a sleek and stylish smartphone with industry-leading messaging and social-centric features for them to share life as it happens.
END_OF_DOCUMENT_TOKEN_TO_BE_REPLACED

On the back of increasing demand for BlackBerry® smartphones among prepaid users and affordable BlackBerry-specific data plans in the Philippines, Globe Telecom and Research In Motion (RIM), the makers of BlackBerry smartphones, partnered anew to introduce exclusive promos for prepaid subscribers available in authorized retail outlets.

For every purchase of a BlackBerry smartphone in any participating retail outlet, prepaid subscribers who avail of a one (1) month subscription to BlackBerry Chat at P99 will get additional two (2) months free. BlackBerry Chat allows subscribers to have unlimited access to BBM™ (BlackBerry® Messenger™), photo sharing and group chats anytime, anywhere.
END_OF_DOCUMENT_TOKEN_TO_BE_REPLACED

Launched in May, the Curve 9220 and Curve 9320 models are the latest and most affordable BlackBerry 7 smartphones in the market today. The devices have quickly gained popularity among customers who desire a sleek and stylish smartphone with industry-leading messaging and social-centric features for them to share life as it happens.
END_OF_DOCUMENT_TOKEN_TO_BE_REPLACED

The stage is set as Research In Motion (RIM) and Globe Telecom mount the one-night only concert of international rapper and songwriter Nicki Minaj at the SM Mall of Asia Arena on July 11, 2012. The #GlobeBBNickiMinaj concert will be the only Southeast Asian leg of the global music phenomenon’s Pink Friday Tour.
END_OF_DOCUMENT_TOKEN_TO_BE_REPLACED

Research in Motion (RIM) announced that the much awaited BlackBerry PlayBook OS 2.0 has been released and is now available for free download. BlackBerry PlayBook users can now download the new version of the OS for a more enhanced tablet experience whether for work or leisure purposes.

Posted by prnews on February 22, 2012 in Blackberry, RIM (Blackberry), Technology

Research In Motion (RIM) announced that BlackBerry® smartphones running on the powerful new BlackBerry® 7 and BlackBerry® 7.1 Operating Systems (OS) have been awarded FIPS 140-2 certification by the National Institute of Standards and Technology (NIST) and the Communications Security Establishment Canada (CSEC). FIPS (Federal Information Processing Standard) 140-2 is recognized by the U.S. and Canadian governments and is required under the Federal Information Security Management Act of 2002 (FISMA).

Posted by prnews on February 3, 2012 in Blackberry, RIM (Blackberry), Technology 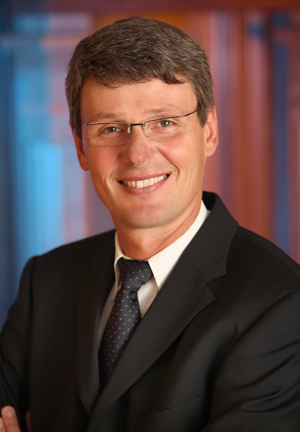 The Board of Directors of BlackBerry maker Research In Motion (RIM) today announced that, acting on the recommendation of its Co-Chief Executive Officers to implement the succession plan they previously submitted to the Board, it has unanimously named Thorsten Heins as President and Chief Executive Officer. Mr. Heins was also appointed to RIM’s Board. The Board acted after conducting its own due diligence. Both appointments are effective immediately.

Mike Lazaridis, former Co-Chair and Co-CEO, has become Vice Chair of RIM’s Board and Chair of the Board’s new Innovation Committee. As Vice Chair, he will work closely with Mr. Heins to offer strategic counsel, provide a smooth transition and continue to promote the BlackBerry brand worldwide.
END_OF_DOCUMENT_TOKEN_TO_BE_REPLACED

Posted by prnews on January 23, 2012 in Blackberry, News, RIM (Blackberry)

“With nearly 5 million BlackBerry apps downloaded daily, our customers have made BlackBerry one of the most profitable platforms for developers,” said Mike Lazaridis, President and Co-CEO at RIM. “We’re giving developers the tools they need to build richer applications and we’re providing direction on how to best develop their smartphone and tablet apps as the BlackBerry and QNX platforms converge into our next generation BBX platform.”
END_OF_DOCUMENT_TOKEN_TO_BE_REPLACED

Posted by prnews on October 19, 2011 in Blackberry, RIM (Blackberry), Technology